Classic Chic Productions is founded on the notion that there are great roles in the theatre (both male and female) that appeal to us as actors and human beings. We are creating a forum for women to explore these possibilities. We also strive to provide a supportive environment for women to continue to develop their acting, designing and directing skills. We are based in the beautiful city of Vancouver, BC, Canada. 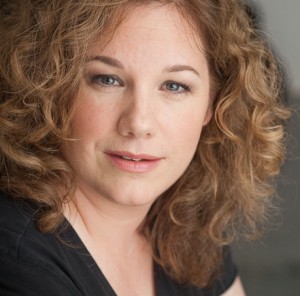 Christina has been on stages all over the Lower Mainland, as well as more exotic locations such as Edinburgh and Nanaimo. Recent acting credits include: The Winter’s Tale and Glengarry Glen Ross with Classic Chic Productions, She Stoops to Conquer with the Arts Club Theatre Company The Music Man at Theatre Under the Stars, Shrek the Musical with Align Entertainment, Fourplay (episodic dinner theatre at Salt Tasting Room in Gastown) with In the House Festival. She performed in and co-created a site-specific theatre piece in the Vancouver Fringe Festival: Rove: The Legend of Rusty Point. Other recent past credits include MacBeth, It’s a Bird, It’s a Plane, It’s Superman, Lorelei, Nine, Iolanthe, and Ruddigore. Directing credits include: The Mikado, The Gondoliers, Sleeping Beauty the Panto, aka Marleen and The Case of the Frustrated Corpse. Christina has also been an arts administrator for many years working at the Arts Club Theatre Company where as a side project she created the popular Actor’s Intensive. Currently she is the Performing Arts Programmer with Surrey Civic Theatres. Christina has 3 kids, a husband, and a dog, lives in mortgaged suburbia and had no idea she would spend her spare time cross-dressing as a man. Life is weird. She could also use a nap and a personal assistant or five.

Trained at Studio 58, Corina is a Jessie nominated Actor & Sound Designer, Producer, emerging Director, Carpenter and a Co-founder of Classic Chic. Corina has been enjoying the discovery of what producing Theatre is all about (most of the time!), namely the mountain of work that entails, and has found deep appreciation for the rigors, conditioning and varied discipline training she received at Studio. The first two productions saw Corina performing, production managing, fundraising, sponsorship chasing, building the sets, staffing and getting very good at asking friends to help out…for free. Thankfully, she has great friends, who always stepped up and a husband and son who are willing to put up with a stressed out, half-present Mom/Partner for months at a time. Now, third time round and with the generous support of Pacific Theatre, things are a little easier and thanks to Heidi Wilkinson’s trim set design… no need to be a set carpenter this time round!! (So, instead she added sound design to her plate… someone teach this gal how to step down from the buffet of work. That second plate always seems like such a good idea….) but, the reasons for all the stress and strife are simple: “I’m very proud of the work Classic Chic has been producing and I have learned so much as an artist and a person, both on and off stage. This exploration of walking like a man, has been valuable to both those parts of me; but more-over than that, this chance to put more women on stage and make more creative space for emerging and mature female theatre artists, across all Stage disciplines is critical and so rewarding.” 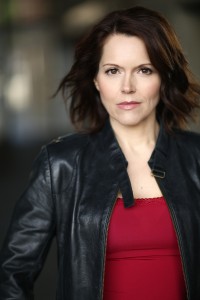 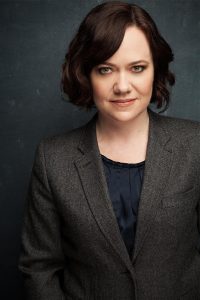 An actor, producer and teacher, Bronwen was born in Toronto, but beautiful Vancouver has been her home for most of her life. Whether it is working in film, television or theatre, she is most fulfilled when she is a part of the storytelling process.

She co-produced the short film Wendy 1968, The Final Draught Script Reading Series, the Jessie nominated Heathers: The Musical, and was an associate producer of Classic Chic’s critically acclaimed production of Glengarry Glen Ross. She’s beyond thrilled to be one of the newest members to join Classic Chic and looks forward to creating and producing alongside these amazing artists.

Aside from her many years as one of the creative forces behind Biz Books, an independent bookstore specializing in film, theatre and television materials, she also served multiple years on the film evaluation team for the Vancouver International Women in Film Festival, committees for UBCP/ACTRA, and sits on the board for The Only Animal Theatre Society.

In addition to her community involvement, Bronwen teaches acting in the SchoolCreative’s Acting: Film, Television and Voice-Over program as well as their Theatre and Comedy Conservatory programs. She loves the challenge and the inspiration of working with new actors.

She’s lucky to spend her life with her favourite actor and husband, John Prowse. 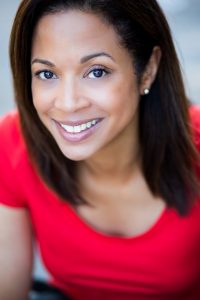 On the acting circuit, Catherine got her first big break as a stand-in for Holly Robinson on the Vancouver-shot television series, 21 Jump Street. After appearances on Vancouver-made TV mainstays like The Commish, Highlander, The X-Files, and Dark Angel, Haggquist added to her acting credits with lead roles on two Canadian series: The Unprofessionals and Rockpoint PD. More recently, she has appeared in such film and TV efforts as Supernatural, Stargate: SG1, Stargate: Universe, Fringe, Once Upon a Time, Bates Motel, Van Helsing, Zoo, and Godzilla but she is probably most known for her work as “Inspector Nora Harris” on the last three seasons of Continuum. Currently she has an ongoing role as “Mayor Terry Sternholz” in the Aurora Teagarden Mysteries for Hallmark.

Theatre also holds a special place for Catherine and she has been proud of her efforts in Stuff Happens (Firehall Arts Centre), Glengarry Glen Ross ( Classic Chic) and most recently the multi-award winning The North Plan (Upintheair Theatre).

While Catherine has shared the stage and screen with an impressive array of Canadian and international talent, her work off-screen has been equally influential in the Canadian entertainment industry. In addition to having served in four capacities – including Vice President – on the executive board of the Union of BC Performers and as a National Councillor of ACTRA, she founded the Vancouver book store, Biz Books, in 1996 to provide a dedicated industry source for film, television, and theatre products. She is also Dean of Faculty at SchoolCreative Institute of the Arts.

The recipient of the 2008 Women in Film and Television Vancouver’s Special Jury Award, Catherine is also very proud to have been named as the Union of BC Performers’ 2013 International Women’s Day Honoree. 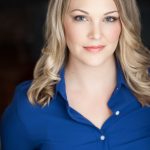 Genevieve is an actor, director, producer, and is the Artistic Producer of Hardline Productions. Select directing credits include Wilderness (Studio 58), Flare Path (Slamming Door), and Of Mice and Men (Hardline). Select performance credits include The North Plan (UpintheAir), Creeps (Realwheels), earning Jessies in Lead and Ensemble performance, respectively, Bug (Hardline), Jessie nomination, and Wet (Itsazoo). Select film and television credits include “Supernatural”, “Travellers”, “Motive”, and “Package Deal”. Genevieve was the 2015-16 Resident Producer at Neworld Theatre, where she returned to produce King Arthur’s Night at the 2018 PuSh Festival and the 2017 Luminato Festival. She is a graduate of Mount Allison University and of Studio 58.