This scalding comedy took Broadway and London by storm. Here is Mamet at his very best, writing about small-time, cutthroat real estate salesmen trying to grind out a living by pushing plots of land on reluctant buyers in a never-ending scramble for their share of the American dream. Revived on Broadway in 2005 and 2012, this masterpiece of American drama also became a celebrated film which starred Al Pacino, Jack Lemmon, Alec Baldwin and Alan Arkin.

Glengarry Glen Ross was first presented at The Cottlesloe Theatre, London, England on September 21, 1983. It was directed by Bill Bryden. 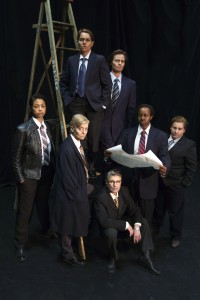