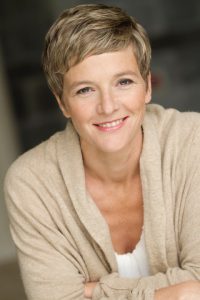 Mindy Parfitt is a founding Co-Artistic Director of Horseshoes & Hand Grenades. Theatre credits for HHG include directing This Stays in the Room, Palace of the End, 4.48 Psychosis and You Are Here. For the Arts Club, Mindy directed the World Premiere of Colleen Murphy’s Armstrong’s War and Joan MacLeod’s The Valley. Mindy is the recipient of two Jessie Richardson Awards and several other nominations. This past spring she directed Hooker Monologues, which told true stories about sex work performed by sex workers and their allies. In 2012, Mindy completed her MFA in Directing at UBC. She has worked across Canada with Centaur Theatre, Imago Theatre, Studio 58, Bard on the Beach, Playwrights Theatre Centre and The PuSh Festival. Mindy has studied with internationally recognized acting and directing teachers from across Canada as well as at the La Mama Directors Intensive in Umbria, Italy. Mindy will be performing in am a at the Cultch Feb 21- March 4. am a is a piece Mindy has created with dancer/choreographer Amber Funk Barton. This spring Mindy will also be directing Reverberations by Brian Linds at the Belfry’s Spark Festival and a remount of Hooker Monologues at the Firehall. 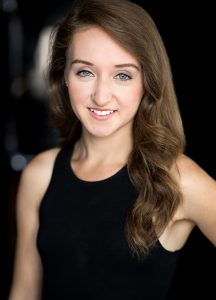 Julia was born and is currently living as a theatre maker on unceded Coast Salish Territories. Last year she completed her apprenticeship at Pacific Theatre directing Any Night by Daniel Arnold and Medina Hahn. Recently she produced Kara Nolte’s AUX.LA.MORE, directed Umizoko for The Only Animal’s Generation Hot, and participated in the Wet Ink Collective. Julia will be playing Iris again in a re-mount of The Nether at the Firehall this January. This summer she will be participating in Terrain of Thought with Jumblies Theatre in Toronto, deepening her passion for community arts. Julia is co-artistic director of Shakespeare Unchained, a company she runs with Calgary based dance artist Kara Nolte, which explores classic texts through dance and theatre. Julia holds a BA in Acting from the University of Wales. Past acting credits include The Drowning Girls (Stone’s Throw Productions), Wit and A Christmas Carol On the Air (Pacific Theatre), Mary’s Wedding (Peninsula Productions), and The Winter’s Tale (Classic Chic). She is honoured to be working with such an inspiring group of artists on this project. www.juliasiedlanowska.com

Pacific Theatre: We’ve layered a few concepts on top of each other with this production (Shakespeare, pop culture/The Godfather, and women playing all roles). How do you think these concepts will interact and benefit each other?

Mindy: I think the use of Shakespearean language encourages the audience to see this story with fresh eyes. Having women playing men allows us to experience these familiar characters in a new way. We were working through the fight scenes the other day in rehearsal and I thought how fantastic it is to see women being this physical. It is rare that women get to play parts in which they get to really fight each other.

Pacific Theatre: What should audiences expect from women playing the male roles, and how does that interact with the storytelling?

Mindy: I think the audience will be surprised at how easily they forget about women playing men. We have four young women playing the chorus, which allows us an extra layer of commentary about this very masculine story. As they guide the audience through the play, they provide a youthful perspective that is cautionary. They allow us to consider, and be aware of, the female voice and how much it has (or has not) changed in our society.

Pacific Theatre: What is your favourite thing about the script? What do you think will be your biggest challenge?

Mindy: I love the imagery. And how it switches from very intimate to very funny.  I think the biggest challenge will be providing enough of a nod to Godfather, the movie and book, while at the same time supporting the audience in having a new experience of this story.

Mindy: I think that Classic Chic having the opportunity to partner with an established organization exposes the work of the company to a new audience base. Pacific Theatre has a great reputation for supporting the work of local artist and I think this is another great example of this. Having the opportunity to rehearse in the venue prior to opening is a rare gift and one that will allow the show to find its roots within the walls of the theatre.